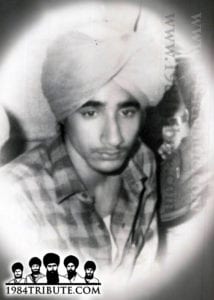 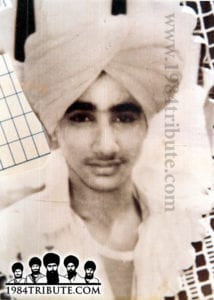 Whenever the ruling tyrants have attacked and tried to eliminate the Sikhs, brave and fearless Sikh warriors have fought and when needed gave their lives to defend the Sikh faith. Such sacrifices have kept the honour of the Sikhs alive. Brave Sikhs gave up their luxurious houses and lifestyles, and lived like nomads moving place to place to defend their brothers and sisters.

Bhai Jasvir Singh Lalli was born in the year of 1972 from the womb of Mata Surjit Kaur and in the house of Sardar Gurmail Singh Ji. Bhai Sahib lost his mother at a young age, it was Bhai Sahib’s grandmother, Mata Chanan Kaur and Chacha Sardar Dara Singh who looked after Bhai Sahib at the Sakiri Village. Bhai Jasvir Singh was the only son of his parents. Bhai Sahib had completed   his primary education at the government school of Sakiri. At the time of the Dharam Yudh Morcha, Bhai Sahib was only 11 years old and gave himself up for arrest with his Chacha, Jathedar Akali Baba Nihal Singh Ji Harianvela. Like this Bhai Sahib met Sant Jarnail Singh Ji Bhindranwale and after listening to their speeches, he was pulled towards Sant Jarnail Singh Ji.

In June 1984 the Indian government sent its army to attack Sri Darbar Sahib. Sardar Gurmail Singh was a soldier in BSF. Bhai Sahib’s Grandfather Sardar Joginder singh was also a freedom fighter. It was natural for Bhai Sahib to fight and soon he joined the Sikh Freedom Movement doing small duties. Soon as Police found out about Bhai Sahib’s involvement in the movement, they started harassing and arresting family members mainly. Bhai Sahibs cousins were charged with fake cases and thrown into Nabha jail. Some of his family members were labelled as wanted with rewards on their capture. Like this the whole family of Bhai Sahib was stranded, some inside the dark wall of jail and the rest on the run to stay alive. Bhai sahib was also arrested and blindly tortured and then sentenced to jail. After being released from jail, Bhai Sahib made contact with Jhujaru Singhs of Bhai Sukhdev Singh Sakheera and Bhai Gurjit Singh Sita Nawapind. Bhai Sahib started punishing enemies of the Sikh nation with fellow singhs such as Bhai Paramjit Pamma of village Bhillow, Bhai Balwinder Singh Bhinda of village Kukar Bira, Bhai Harwinderpal Singh Goga of village Vishori, Bhai Paramjit Fauji of village Bulowal, Bhai Avtar Singh Tari of village Vashori, Bhai Kulwinder Singh Kid, Bhai Gurminder Singh Nawapind, Bhai Harjit Singh Tochi of village Bhaowal.

Bhai Sahib and his group of singhs punished many Narakhdharis, informants and traitors amongst the Sikhs. Bhai Sahib had many encounters with Indian security forces and installed fear in the enemies of the Khalsa Panth. At times the police knew Bhai Sahib’s position, they would avoid going into that area altogether under fear of Bhai sahib.

The Hoshiarpur District police upped their search to capture Bhai Sahib, all the main roads had checkpoints already but now police and BSF had checkpoints in village too. Even then the police would move their checkpoints and hide in police stations when they found out that Bhai Sahib was travelling towards their direction. The inspector of Sadar police station in Hoshiarpur started having sleepless nights due to fear of Bhai Sahib. Due to his fear the inspector started arresting any Amritdhari Sikhs, and blindly torturing them. He mainly targeted young Sikh males and threatened the victims to bring Bhai Sahib forwards to him, but no one wanted to go against a panthic jewel.

Bhai Jasvir Singh Lalli’s bravery is an example within itself, when Bhai Sahib and fellow singhs attacked a police station in Nawashaher, the police begged for their lives, Bhai Sahib spared the innocent and looted the weapon storage. Bhai Sahib mainly used a revolver or a carbine. If Bhai Sahib had an AK47, RPG’s or an assault rifle he would have done even bigger actions. Bhai Sahib used to say, “This life is given to me by god, I am a free man and this is my Khalistan today.” The police could not capture Bhai Sahib and now the CRPF was hunting for Bhai Sahib.

The government of India had put 1 lakh Rupees reward on Bhai Sahib’s head. In the end, the day came for Bhai Sahib which he had been waiting for like a groom to be married. In the village Bibi Pandori the CRPF had set up a checkpoint. Bhai Sahib and Bhai Bhupinder Singh Bhinda were travelling on a motor bike when the Indian security forces spotted Bhai Sahib, and a fierce encounter took place. It was the 17th of October 1987, when this lion of the Khalsa Panth fought for the last time and was blessed with shaheedi. This fearless Jhujaru Singh stayed true to his words of not coming into the hands of the enemy alive. On the following day the newspaper font page headlines read, “Dangerous terrorist Bhai Jasvir Singh Lalli killed in an encounter along with his accomplice Bhai Bhinda, he had a reward of 1 lakh Rupees on his head and was responsible for more than 100 murders”, when the locals read this article of Bhai Sahib’s shaheedi, the whole Punjab was filed with sadness. Sikhs did not even celebrate Diwali that year. At the young age of 16-17 Bhai Jasvir Singh Lalli had contributed so much to the Sikh Freedom Movement. After the shaheedi of Bhai Jasvir Singh Lalli, Bhai Gurlaat Singh Fauji was given the rank of area commander of Hoshiarpur.

Information given by the family of Shaheed Bhai Jasvir Singh Lalli 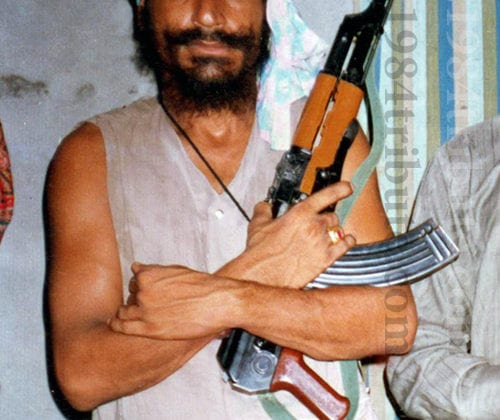 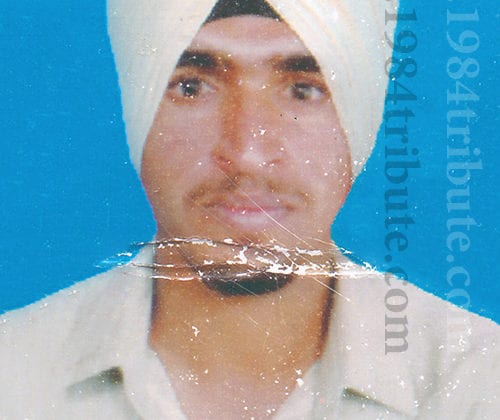