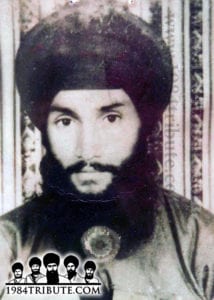 Bhai Jagjit Singh was born in the year of 1960, in the house of Sardar Amar Singh and from the womb of Mata Balvir Kaur, in the village of Murh, near Harchowal, district Gurdaspur. Bhai Sahib had one older sister, Bibi Manjit Kaur and 3 brothers, Bhai Baljit Singh, Bhai Jatinder Singh and Bhai Gurwinder Singh. Bhai Sahib was very religious from the days of his childhood. Bhai Sahib came in contact with Sant Jarnail Singh Ji Khalsa Bhindranwale during the days of Dharam Yudh Morcha. Bhai Sahib was so taken by the views of Sant Ji that he said his final goodbye to his parents and started living with Sant Ji and other Jhujaru Singhs of the Jatha. After this, Bhai Sahib never thought of his family or his home again. Bhai Sahib continued to do actions with other Jhujaru Singhs of Sant Ji’s Jatha. Bhai Sahib was loved and respected by all due to his dedication to the Sikh nation.

In June 1984, the Indian army attacked Sri Harimandir Sahib and tried to shut the free voice Sikhs, but now it wasn’t about the Anandpur Resolution, soon as the Indian troops stepped on the complex to attack, the foundation of a Sikh Homeland, Khalistan was laid. Sant Ji and General Shabeg Singh had assigned Jhujaru Singhs to different bunkers and positions within the complex to battle the invading Indian army. Bhai Sahib was fighting from a bunker at the Darshan Deori, today we know this place of the complex as the Karah Parshad Receipt area, it is opposite Sri Akaal Takht Sahib.

Bhai Sahib amongst his Jhujaru brothers battled the Indian army on the front line for four days without sufficient food supplies. On 6th June 1984, Bhai Sahib attained martyrdom along with many other Gursikhs who were in the complex defending the sanctity of Sri Akaal Takht Sahib. This biography is written by Bhai Baljit Singh, the elder brother of Shaheed Bhai Jagjit Singh Bhulla. 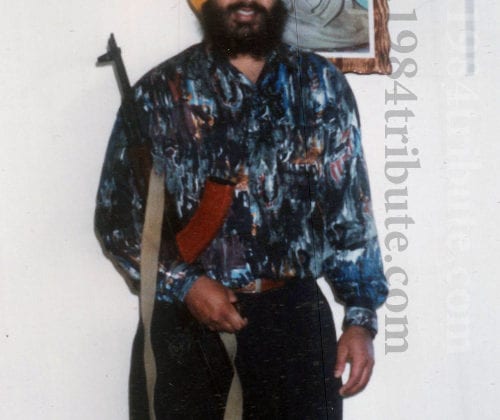