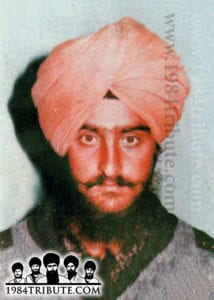 What use is dependence on worldly beings as a Shaheed has no urge to preserve his life? Those who fight for wealth, lust or property will never understand why a Shaheed awaits his death so much. Even those who consider themselves equivalent to Lela-Majnu or Heer-Ranjha will not understand such sentiments because their love is bound to a certain limitation of self-interest. A martyr’s love for martyrdom is however based for the whole Panth, humanity and society.

(Those who lovingly await their martyrdom, give up the urge to live,
they will renounce even God-like status for the sake of their principals)

One such shaheed who held affection for sacrificing himself for the sake of the Khalsa Panth was Bhai Jagjit Singh Babbar of Jammu.

Bhai Sahib was born on 19 May 1969 in the family of Sardar Gopal Singh and Mata Satwant Kaur. Fully attuned to naam and bani, Bhai Sahib was the elder of the four brother and sisters.

After graduating from high school, Bhai Sahib passed the ITI certification. While working, he started to take part in Panthic projects with Bhai Amritpal Singh Ji ‘Master’. When Master Ji’s name reached the police’s ‘hit list’, Bhai Jagjit Singh was asked to leave for Punjab and take up sewa there.

Bhai Jagjit Singh then met with Baba Thakur Singh Ji in year 1987 and expressed his desire to perform service for the Panth. Baba Ji held that Satguru Ji himself takes service of those who read Gurbani and do naam simran.

Bhai Jagjit Singh stayed with the Damdami Taksal Singhs until 1988 and kept his concentration focused towards naam simran and bani. It was during this year that Bhai Jagjit Singh met with the Babbar Khalsa Singhs. Bhai Jagjit Singh developed a very strong association with Bhai Kuldeep Singh Fauji (Babbar) and started taking part in Panthic operations.

During January 1989 when situations were worsening, Bhai Jagjit Singh once again met with Master Ji in Jammu and suggested that the Panthic activities should be kept secreted from the family members who believed that Bhai Sahib was staying at Damdami Taksal pursuing religious studies.

The whole idea was to be kept secreted from the family members of Bhai Jagjit Singh Babbar until March 1991 when they received the news of Bhai Sahib’s martyrdom that took place in the same month. Bhai Sahib was martyred in an encounter with the police. A year later, Bhai Amritpal Singh Ji ‘Master’ also attained martyrdom in Batala. 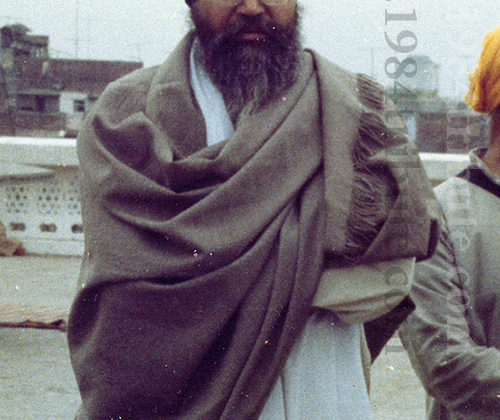