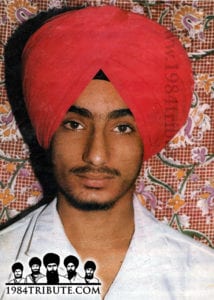 Bhai Harpinder Singh Goldy was young man from the Malva area, who at a young age achieved a lot and while doing sewa for the panth Bhai Sahib attained shaheedi. This young warrior was born on the 23rd of January in 1947, in the military quarters at Firozpur. Bhai Sahib’s mother was Mata Surjit Kaur and father was Sardar Jaswant Singh who brought up their only son with a lot of love and affection, they gave a lot of attention towards Bhai Sahibs education. Bhai Sahib was the only brother of two sisters, Bibi Amandeep Kaur and Bibi Kamaldeep Kaur.

By the time Bhai Sahib stepped into manhood, Bhai Sahib was fully aware of his Sikh heritage and religion. From a young age Bhai Sahib was a handsome young man who was lively, good natured and a brave soul. Bhai Sahibs sister consider him to a lot wiser than his age.

During 1984 Operation Bluestar Bhai Sahib was only 10/11 years old, but these incidents shattered Bhai Sahib’s heart. Bhai Sahib received his primary education at the school in his local village, and for his higher education Bhai Sahib went to a College called Rampur Phool, where Bhai Sahib met an intelligent young student called Dharam Singh Dhilva. Due to the suffering and torture the Sikh Kaum was going through and with the inspiration of Bhai Dharam Singh the area commander of Khalistan Commando Force (Panjwar), Bhai Sahib joined K.C.F. The police started to harass Bhai Sahibs family, Bhai Sahib was aware of this but Bhai Sahib took no notice of it and continued on his path. Bhai Sahibs sister Amandeep who was 19 years old was engaged to a Canadian Citizen, Jaswinder Singh Sra, who was shot and killed by the police black cats on the 21st of January 1992. Bhai Sahibs family and relatives would be taken to the police station and were harassed. The police wouldn’t miss any opportunity to insult Bhai Sahibs family. These incidents forced this young brave to take revenge.

Bhai Sahib knew that he was the only son of his parents and after him there was no other to support his family, but even then he didn’t care and continued his duty and played his part in the Sikh struggle to get justice for the Kaum. Often Bhai Sahib was asked to get married, but Bhai Sahib would refuse and put the same example forward as to what Shaheed Bhagat Singh would say and that was “I’m already engaged to the noose of death and now all that I wait for is his death.” Bhai Sahib would say that he is waiting for that day he attains Shaheedi just like Shaheed Bhai Dharam Singh Dhilva.

On the 25th of June 1992, Bhai Sahib along with his companions, Bhai Darshan Singh Kotli, Bhai Jasbir Singh Latala and Bhai Jasbir Singh Bhagibandar were planning a mission together, when someone backstabbed the Singh’s and informed the police, where the police surrounded the village of Lehr Muhbat. In a fierce battle with the police Bhai Harpinder Singh Goldy along with another 4 Singh’s attained Shaheedi. Following in the footsteps of his elder Sister Amandeep Kaur and Bhai Dharam Singh Dhilva, Bhai Sahib attained shaheedi at a very young age, and has become an inspiration for the Sikh Kaum. In the memory of Bhai Sahib an Akhand was done in a secret location. 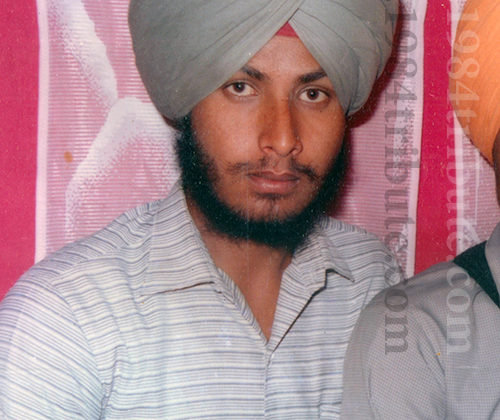 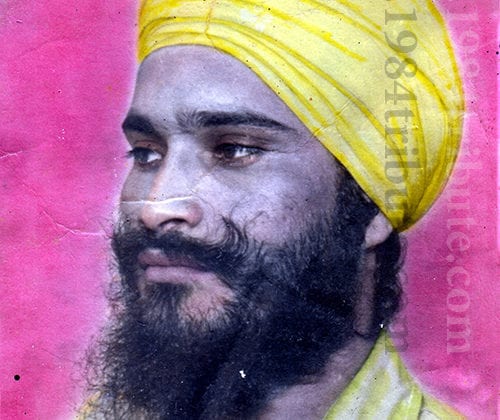