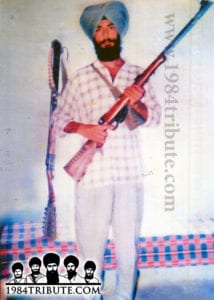 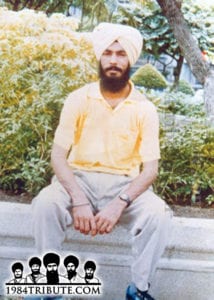 Bhai Sahib used to make sleeping and food arrangements for the Singhs, and looked after their shasters. In them days someone reported Bhai Sahib to the police and the police came well equipped with their forces, Bhai Sahib realised something was fishy when he seen the police and noticed that they were out to arrest him, but Bhai Sahib took advantage of the night (darkness) and managed to escape right under the Indian police’s nose, but Bhai Sahibs father Giyan Singh and elder brother Bhai Manjeet singh Halran were arrested and questioned and badly interrogated, after a lot running around the Panchayat managed to get them released and brought them home.

After that Bhai Sahib became more active within the freedom movement. In 1988 when Bhai Sahib had went to Darbar Sahib in Amritsar, he was arrested by the police, and he was interrogated, that they broke his leg. The police accused and filed 5 murder cases on Bhai Sahib and he was taken to a jail in Sangroor. While Bhai Sahib was in jail he studied hard and managed to pass his Metric class. In 1990 Bhai Sahib was released from jail but rather than going to meet his family, Bhai Sahib went straight to meet the babbars and prepared himself to enter the battlefield. Bhai Sahib delivered justice to 50 Anti-Sikh elements and around this time Bhai Sahib even travelled to Thailand, but after 4 months Bhai Sahib returned back to India because he couldn’t live without doing sewa for the panth. The police caused mayhem for Bhai Sahibs family and made their life hell, so they had to go undercover and into hiding to save themselves from the police. Bhai Sahib’s older brother had spent 4 years in jail because he done sewa for the panth alongside the babbars. The cruel police even locked up Bhai Sahibs house and ceased it, but even then Bhai Sahibs family accepted this as god’s will and continued their sewa for the Jhujaru Singhs and remained true to their words, ‘Sirh Jave Ta Jave Mera Sikhi Sidhak Na Jave – If I die then so be it, but may my faith in Sikhi remain firm’. Bhai Sahib along with Bhai Amarjit Singh and another singh engaged in a fierce battle with the police in which Bhai Sahib attained shaheedi. The whole Sikh panth will always bow to the qurabni of such warriors that stood up tall for the panth and also to the families of these brave soldiers. 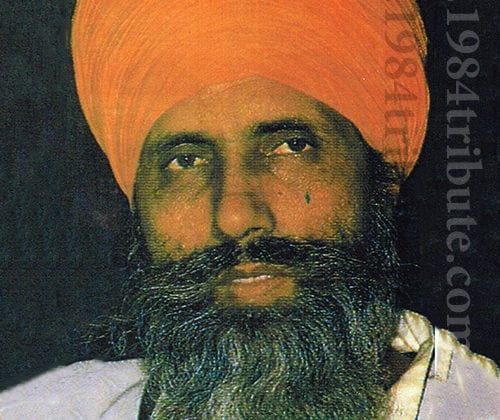