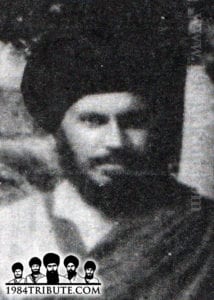 Many Sikh warriors joined the Sikh Freedom Movement, which was started by Sant Jarnail Singh Ji Bhindranwale and preferred to be martyred rather than to live like slave to the Hindustan government. The government of India was shook with the power of the Khalsa army and this is when the government of India started planting black cats within the freedom fighters group and started trying to stop the Sikh Freedom Movement.

Sri Darbar Sahib is more important to Sikhs than their own lives, was attacked along with 36 other historical gurudwaras by the Indian army. Indira Ghandi, the sister of Massa Rangar sent her army to demolish Sri Akaal Takht Sahib. Small children, our mothers, sisters, fathers, brothers and elderly who went to do darshan of Sri Harmandir Sahib where butchered by the Indian army. Looking at such mass murder of innocent Sikhs and the disrespect of Sri Akaal Takht Sahib, the heart Sikh youths were stamped on and there blood was boiling. Sikhs went on to picking up weapons and to punish people responsible and carry forward the mission on Sant Jarnail Singh Ji Bhindranwale onto the battlefield. Wherever the Singhs of the 10th Guru go they’re always Victorious. The land of Punjab started giving birth to Sikh warriors and the locals started to gain respect and love for the freedom fighters that followed the principles of the Sikh Gurus. For the thousands of martyrs of the Sikh Freedom Movement, Bhai Gurmukh Singh Babbar is also one of many names from the list.

Shaheed Bhai Gurmukh Singh Bathal was born in 1966 in the village of Bathal, district Mansa. Bhai Sahib’s parents were Sardar Karnail Singh and Mata Parkash Kaur, Bhai Sahib also had 4 brothers and 5 sisters, Bhai Sahib was the youngest of all. Bhai Sahib only studied a little as he was more into agriculture. All of Bhai Sahib’s Family was Amritdhari and Bhai Sahib had also taken Amrit from Panj Pyare at a young age. Bhai Sahib left the work at family farms and went to Takht Sri Damdama Sahib in Talwandi Sabho Ki, here Bhai Sahib took santhya from the Singh’s of Damdami Taksal and later became a granthi Singh.

Bhai Sahib killed many enemies of the panth and punished many black cats that had Khadku Singhs killed. Bhai Sahib had great amount of encounters against the Indian security forces and after causing casualites to the enemy, Bhai Sahib and fellow singhs would vacate the area. Near Bhai Sahib’s village Bathal lived a family of Narakhdharis, when Sri Darbar Sahib was attacked the men of this family got drunk in happiness and gave out ladoos (sweets). The Narakhdhari pulled his rifle out and was challenging the Singhs. Bhai Balwinder Singh Bullet gave Bhai Sahib the duty to find out who exactly these Narakhdharis were because he also had uncut hair and the Singhs didn’t want to punish the wrong guy. Bhai Sahib did the full investigation and reported back to the Singhs and said, “Give me the sewa of punishing these Narakhdharis. This Narakhdhari is still challenging the Singhs.” In broad daylight Bhai Sahib, Bhai Balwinder Singh Bullet, Bhai Harcharan Singh Bhola, Bhai Gurjant Singh Nangarh, Bhai Makhan Singh Bir went on their way after doing Ardas to punish this Narakhdari. As the Singhs waited on the roadside a man was coming towards the Singhs, Bhai Sahib pointed him out and said, “That’s him coming”, when the Singhs roared and answered to the Narakhdhari’s challenge, the Narakhdhari ran in to the farms. Bhai Sahib quickly caught up to him and pushed him to the ground. The Singhs beat the Narakhdhari up quite a bit, the Narakhdhari said, “Please forgive me, I admit my fault and stupidity”, Bhai Sahib said, “Now challenge us and celebrate like you did when Sri Harmandir Sahib was attacked.” Bhai Sahib shot the Narakhdhari many times and forever put him to sleep. After this action all the other Singhs encouraged Bhai Sahib to do even bigger actions as the Sikh Freedom Movement would be a very long battle, but also pointed out we must not kill innocent people.

Bhai Sahib along with fellow Singh’s enforced the role of only 11 family members in the bhraat, no money will be taken from the girls side and Anand Karaj done according to Sikh code of conduct. One day Babbar Khalsa Generals sent Bhai Sahib along with another Singh to Sangrur to do sewa. Both Singh’s had been resting at a location. Here Singh’s did Ardas and set off towards their mission on a scooter, but the Punjab Police had been informed on these Singh’s movements. At this moment Singhs had one drum gun and 2 revolvers. The Indian security forces were quickly chasing down Bhai Sahib and the fellow Singh. Soon after the Singhs realised they were being followed, they went into one of the villages, while the Punjab Police called CRPF to help and surrounded the village. The Singhs abandoned the Scooter and tried to escape out of the village by foot, in the process the Singhs fired bullets towards the Indian security forces. Singhs were moving on foot from village to village, farm to farm, but the Indian forces were also behind them, unfortunately when the Singhs reached village Dhonold, a checkpoint of Punjab Police was put out. When the Punjab Police at the checkpoint saw the Singhs they also shot towards the Singhs. The Singhs now moved away from the Punjab Police too and succeeded in losing them and the Indian security forces that were chasing them.

Finally the Singhs managed to lose the Indian security forces, but the Singhs had split up. Bhai Sahib had one revolver and a Magazine for the Drum Gun. The other Singh had the drum gun and the revolver, now both the Singhs where doing Waheguru jaap and walking bare foot towards their destination. The name of the second Singh was Bhai Jagtar Singh Babbar Master from the village of Chak Alisher. Bhai Jagtar Singh Babbar successfully reached the meeting point, but on the other hand Bhai Sahib reached a village by the name of Dulowal. The Indian forces surrounded the whole village and started searching house by house. Bhai Sahib told the family of Bhai Tara Singh to get out of the house or the Indian forces will kill them too. To cause minimum damage to Bhai Tara Singh’s house and family Bhai Sahib went to the stable, here Bhai Sahib did Ardas not to come into the hands of the forces alive and then swallowed a capsule of Sy-Nyde and attained shaheedi. It was on 22nd September 1991. When the Indian security forces shot Bhai Sahib’s body with bullets and made a fake encounter.

The following morning newspapers printed articles stating that a top Kharkoo Singh of Babbar Khalsa has been killed in an intense encounter. After Bhai Sahib’s shaheedi, the family of Bhai Tara Singh were brutally tortured. The body was not given to Bhai Sahib’s family and the news of his shaheedi spread like wild fire. When we met Bhai Sahib’s mother she greeted us by giving her blessings and then she told us many stories of Bhai Sahib and his Sikhi. “I am proud to give birth to a son, who attained shaheedi for the Panth, what else can I ask for? Our Guru’s sacrificed everything for us, son you should now come here regularly as when you are here it seems like I’m talking to Gurmukh Singh. The Khalsa Raj will come! I have seen many Sikh groups come here and leave after getting a photo of Gurmukh Singh.” 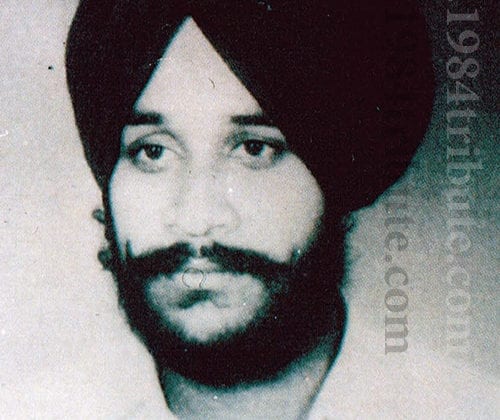 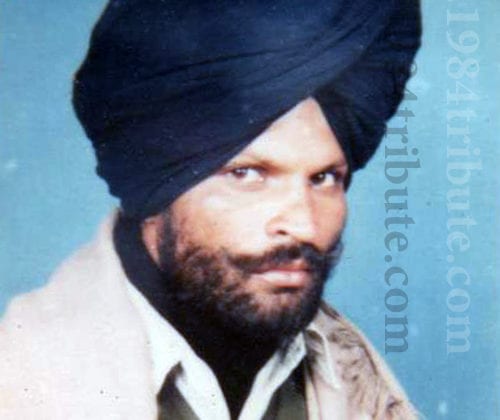 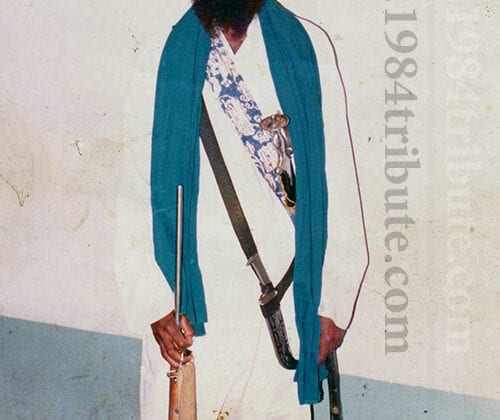