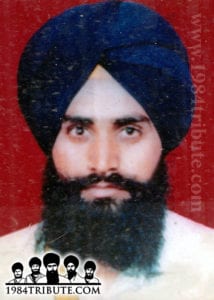 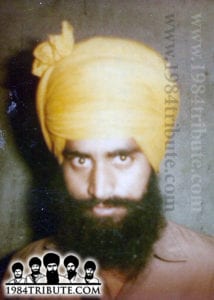 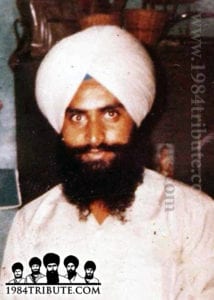 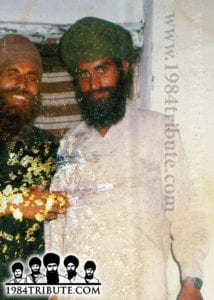 The attack on Sri Harimandir Sahib in June 1984 by the Indian government left the Sikh youth wanting justice and wanting to remove the feet of the cowardly Indian army that killed many innocent Sikhs off the land of Punjab. Bhai Gurinder Singh Ginda Bhagowal is such a warrior that broke the silence and faught against the oppression.

Year 1985, when only two days were left for the state elections, a bomb blast happened where Bhai Sahib was making the bombs. The blast destroyed the whole family house and luckily no one was killed in the blast. Now everyone knew Bhai Sahib’s involvement in the Sikh armed struggle and that day Bhai Sahib went underground.

Then in district of Batala, Bhai Sahib was involved in every Khadku action that took place from the area of Chakri Bazaar up to the village of Ghola. The police had now started harassing and torturing the family of Bhai Sahib, but this did not stop Bhai Sahib from carrying on with the actions. Soon Bhai Sahib was chosen as the area commander by the Babbar Khalsa. Many times the news broadcasted, that Bhai Sahib had attained shaheedi, but soon after another news would come of Bhai Sahib’s action.

The one day a traitor did the only thing he was good at, give police the information of the Khadku Singhs. 7th June 1989, Bhai Sahib and Bhai Avtar Singh Rupowali were on their way back to Batala from Patiala. The car the singhs were travelling in was stopped at a checkpoint by the police in Jalandhar. It was normal for the Khadku Singhs to get stopped as they would blend into the public and after some questioning the police would allow them to pass. On this day, Bhai Sahib fearlessly stopped, thinking it’s just another routine check, but on the other side a traitor and identified the Bhai Sahib as Bhai Gurinder Singh Ginda of Bhagowal.

Soon as the car stopped the police surrounded the car, Bhai Sahib now knew this is due to information being leaked via traitor. Bhai Sahib did not want to come in to the hand s of the police alive, Bhai Sahib quickly swallowed a Sy-Nyde capsule and attained shaheedi on the spot, while Bhai Avtar Singh Rupowali was arrested. Shaheed Bhai Gurinder Singh Ginda Bhagowal had put his name beside the shaheeds of Khalistan and will forever remain in chardikala. Bhai Sahib had coloured the panth in such a colour that the future Sikh generations would praise his shaheedi. 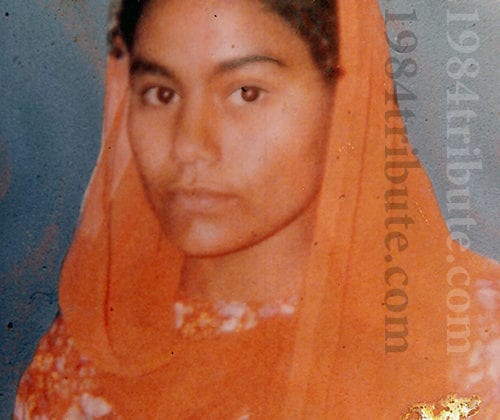