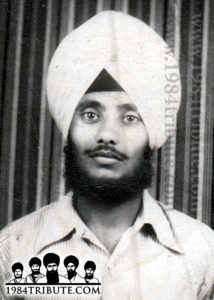 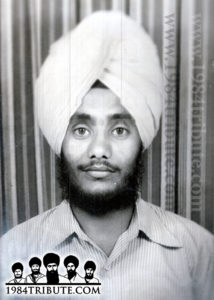 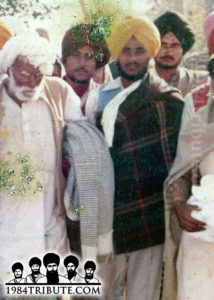 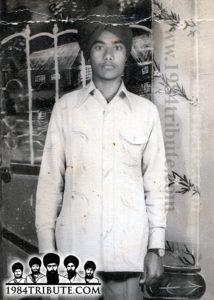 Bhai Balbir Singh Bira was born in the house of Giani Kunan Singh and from the womb of Mata Ratan Kaur in year 1963, in village of Theh Tikha, near Dhariwal district Gurdaspur. Bhai Bira the second eldest of 4 sisters and 2 brothers, on of the sisters was older than Bhai Sahib. Giani Kunan Singh’s family were all Amritdhari Gursikhs and the main source of income was through their farms. Bhai Bira had taken Amrit at a young like many of his siblings. By 1981, Bhai Bira completed the studies of 10th class in the government school of Santokh Rai village.

Giani Kunan Singh would do the Parkash Sewa of Sri Guru Granth Sahib Ji Maharaj at the local Gurdwara daily. Bhai Bira would also go to the Gurdwara and recite Gurbani during Sri Akhand Paath Sahib. Bhai Bira also loved to sing, and would perform Kavisheri at Gurmat Smagams. Bhai Bira was very inspired by the life of Shaheed Bhai Bhagat Singh and would sing praises on Bhai Bhagat Singh’s martyrdom day. After finishing his studies, Bhai Bira started helping his father by working in the family farms. As he was the eldest son of the family, Bhai Bira always shared the responsibility with his father.

Bhai Bira would daily go to Sri Harimandir Sahib for the blessings of Sri Guru Granth Sahib Ji Maharaj. In 1982 when the Dharam Yudh Morcha started Bhai Bira had started taking part in the movement. During this time Bhai Bira established contact with Jhujaru Singhs of All India Sikh Student Federation and started being part of their actions. In his Jhujaru life Bhai Bira was joined by Bhai Sukhwinder Singh who was from a nearby village of Devidas, near Dhariwal and the both Jhujaru brothers did action shoulder to shoulder and in the end attained martyrdom together too. In June 1984, the Indian army attacked the Sikh throne, Sri Akaal Takht Sahib and made many Singhs and Singhnia martyrs including children and the elderly. This attack had shocked the whole Sikh nation and made them realise that Sikhs can only live as slaves under the Indian oppression. Bhai Bira also was deeply affected by this attack, he could not just sit at home and decided to take revenge and joined an armed group of Jhujaru Singhs.

After the year 1984, Bhai Bira started attending the Sri Akhand Paath Sahibs held in memory of Shaheed Singhs and Singhnia. It was at these Smagams Bhai Bira met Bhai Manjit Singh Khujala of Khalistan Liberation Force and started doing actions in secret under his command. Bhai Bira would have the duties of providing a place to stay, food, transporting weapons and delivering messages undetected. Bhai Bira did not let any of his family members or friends know about his activities. After the martyrdom of Bhai Manjit Singh Khujala, Bhai Bira met Bhai Wassan Singh Zaffarwal, Bhai Sukhdev Singh Jhamke and Bhai Tarsem Singh Kohar of Khalistan Commando Force. Now under the command of Khalistan Commando Force, Bhai Bira gathered many like minded Singhs locally and formed a Jhujaru group in his area. All Singhs of this group acted discreetly and punished many anti-Sikh elements in the area.

Even though Bhai Bira kept his name away from responsibilities, the Punjab police confirmed his role within the Sikh armed struggle in April 1987. The police forces started raiding many houses in search of Bhai Bira, but he did not get captured. After this Bhai Bira started staying away from home and very rarely came home to meet his family. Now the Punjab police and CRPF started targeting the family members of Bhai Bira, they would harass them, break the furniture during the raids and at times took family members to the local police station where they were tortured. The Indian security forces did not even spare the elderly parents of Bhai Bira. When Bhai Bira would come to see his family Mata Ratan Kaur would ask him to surrender to the police force but his reply would be, “Mother, how can a son remain quiet, whose father’s turban was thrown on the floor, whose father was beaten and disrespected? I will not rest until we attain freedom from this slavery and until we don’t attain our own homeland I will not rest!” When someone would tell Bhai Bira that his mother has been taken to the police station his reply would be, “So what, if my mother can somehow take part in this struggle for freedom then there is nothing wrong with that. My mother is blessed.”

On 23rd August 1987 at roughly 8 o’clock at night, Bhai Bira was staying at the house of Bhai Pritam Singh in the village of Sohal, Dhariwal. Bhai Bira was with his Jhujaru brother, Bhai Sukhwinder Singh of Devidas village. These Singhs were waiting for a person by the name of Bagha, but unfortunately Bagha had joined the Punjab police and had become a police cat. Bhai Bira and Singhs were all unarmed as they weapons were in another room and when Bagha came they all moved forward to greet him. As Bhai Sukhwinder Singh hugged this traitor, Bagha pulled his pistol out and shot him making him a martyr on the spot. Then Bagha shot Bhai Pritam Singh making him a martyr also. When Bagha pointed his pistol at Bhai Bira, he was wrestled down by Bhai Bira. In the scuffle Bhai Bira was shot in the shoulder. In the wounded state, Bhai Bira ran towards his weapon which was in another room. But as Bhai Bira came out of the room, Bhai Pritam Singh’s wife stopped him from starting a battle as if this was to happen the police will then kill all of her family. Listening to this plea, Bhai Bira tried to surrender himself to the police who had surrounded the house of Bhai Pritam Singh but the police started firing soon as they saw Bhai Bira, making him a martyr.

Like this the diamonds of Sikh nation were made martyrs due to the betrayal of such touts. After the martyrdom of all 3 Jhujaru Singhs, their bodies were not given to the families. The bodies were cremated by the police in Gurdaspur.

Information given by the family of Shaheed Bhai Balbir Singh Bira 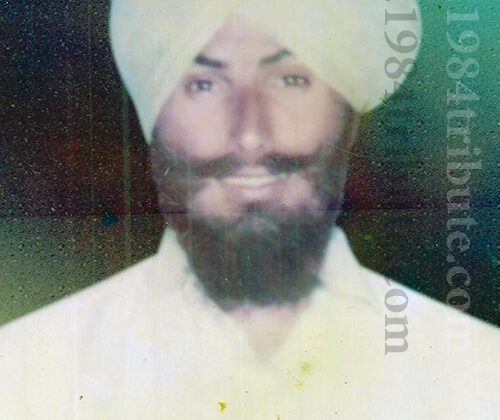