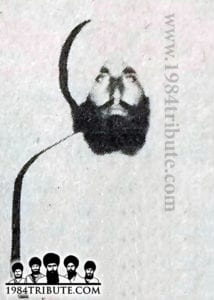 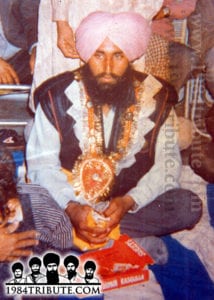 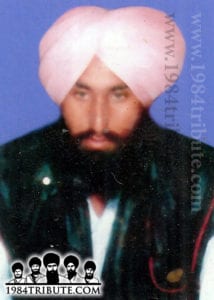 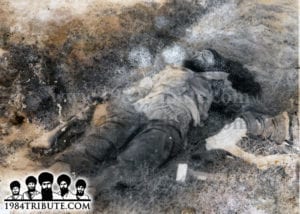 There was a time when the Gurdaspur district’s Batala area was known as the capital of Jhujaru Singhs. Some of the fearsome Sikh warriors were from this area, such as Master Sukhwinder Singh Babbar, Bhai Gurnam Singh Pehlwan Dabbanwal, Bhai Gurinder Singh Bhagowal, Bhai Charat Singh Aseetpur, Bhai Kuldeep Singh Bittu Dhadiala, Bhai Dharam Singh Keshtival, Bhai Jugraj Singh Toofan Cheema Khurd, Bhai Sukhwinder Singh Pappu Gora, Bhai Seetal Singh Matewal were all from around the Batala area. These warriors had the Indian security forces blowing steam out of the noses by doing big actions.

Amongst such Sikh warriors of the Sikh Freedom Movement is the name of one Jhujaru Singh too, Bhai Amrik Singh alias Bali Singh alias Veeh Sala. Bhai Sahib was born from the womb of Mata Niranjan Kaur and in the house of Sardar Wassan Singh in the village of Bacho Ke Thae. This village is situated near Dera Baba Nanak of Batala. Bhai Sahib was the second youngest of 5 brothers Bhai Dalbir Singh, Bhai Kashmir Singh, Bhai Baldev Singh, Bhai Gurmeet Singh and Bhai Sahib also had 2 sisters Bibi Kashmir Kaur and Bibi Bir Kaur. Bhai Sahib studied till 7th class at a government school in village of Dharamkot and did not go to school after.

When the Surjit Barnala government attacked Sri Darbar Sahib and code named it Operation Black Thunder, Bhai Sahib was also present at within the complex and was arrested along with Jathedar Gurdev Singh Kaunke. Bhai Sahib was brutally tortured and after being charged with many fake cases Bhai Sahib was sent to Gurdaspur central jail where he spent 5 months. The family purposely delayed in paying Bhai Sahib’s bail, so that he would learn a lesson. Upon being released Bhai Sahib found a job at the sugar mill near the village of Zira. Even then Bhai Sahib remained in contact with the Jhujaru Singhs. Bhai Sahib did sewa with Babbar Khalsa under the command of Bhai Dharam Singh Keshtival and Bhai Manjit Singh Dargabad, Bhai Sahib faught many battles against the Indian security forces and showed his bravery.

In 1989 Bhai Sahib had left home and went underground. The Punjab police was now hunting Bhai Sahib like hungry dogs. Bhai Sahib was very brave and always completed every sewa he was given by the Babbar Khalsa. Some of the biggest actions of the Batala area that had Bhai Sahib’s involvement were such as:

One day Bhai Sahib was passing Kila Lal Singh River from the bridge at night with another singh, when Bhai Sahib noticed a BSF checkpoint up ahead. Bhai Sahib fired the first bullet to wake up the BSF and after a fierce encounter started. Bhai Sahib fought fearlessly and managed to get out of the area unharmed along with the fellow singh.

Before going underground, Bhai Sahib was engaged to a girl from the Panj Gorayan village, but when Bhai Sahib joined Babbar Khalsa, he himself arranged for the girl to get married to his younger brother Bhai Gurmeet Singh. The people who don’t stop saying that the Sikh Freedom Movement only failed because the Jhujaru Singhs did not respect the women, need to read about the life of Bhai Sahib and think that could Bhai Sahib mistreat women or was it the government that put black dots on the Jhujaru Singhs. At times the government and Indian security forces said they have found a body of a girl at the scene of encounters just to bring shame to Jhujaru Singhs, this were the tactics of the government  to discredit the Sikh Freedom Movement.

Bhai Sahib’s older brother Bhai Baldev Singh was also arrested and tortured after being charged with fake cases, he spent many years behind bars of security jail in Amritsar. At the moment Bhai Sahib’s family are living in Bacho Ke Thae and are surviving by working on the little farm they have. It is our duty to look after families of such warriors like Shaheed Bhai Amrik Singh Veeh Sala who gave their lives for our future. 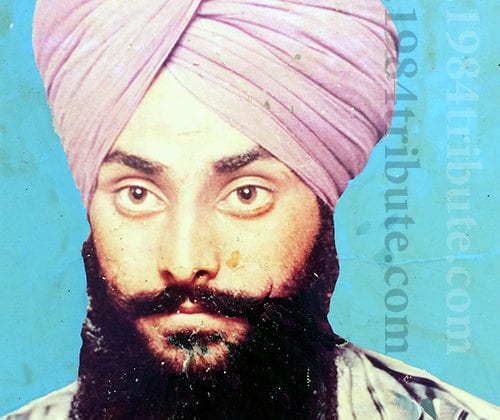 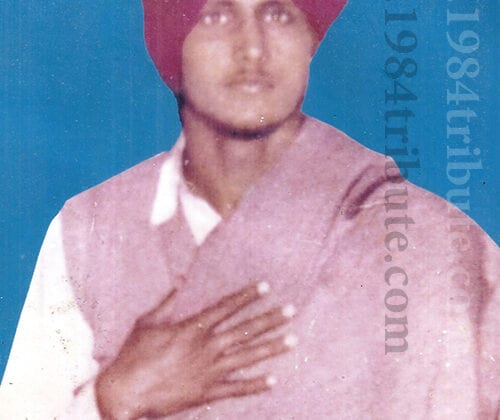