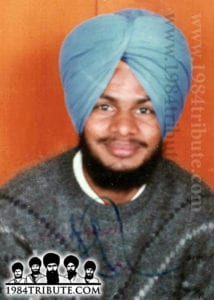 These Singhs were not just Shaheeds when their souls left their bodies, they lived as alive Shaheeds. They had given their heads to the Guru the day they received the gift of Amrit and for every moment after that, they did not live for themselves anymore. They accepted every Gurus order completely. They didn’t fear death, because they belonged to the Guru who could take them as he wished.

A Vaak was taken and the shabad came,

The Singhs doing sewa and Bhai Anokh Singh knew what this meant. Shaheedi was not far off now. One of the Singhs in the Panj Pyare became emotional and a tear escaped his eye and rolled down his cheek. Bhai Anokh Singh smiled and said, “Jio, when we came on this path, was there any doubt where we would finish? Was death ever a question? So why be sad over this?”

Shortly after, Bhai Sahib was arrested and tortured to death in the most brutal manner.

These are the Singhs whose sacrifice will bear fruit and bring Khalsa rule. These Singhs of the Guru who have dedicated their lives for the Khalsa. These are the true Babbars.

In 1985, Bhai Sahib passed his exams with 92% marks, Bhai Sahib always got high marks in his studies. In the same year, Guru Nanak Engineering College of Ludhiana had accepted the admission of Bhai Sahib.

From a young age Bhai Sahib had taken Amrit from the 5 Beloved Singhs and joined the Khalsa army. Bhai Sahib was never scared to say the truth to anyone. At college Bhai Sahib would get into fights against the gangs that harassed the students and taught them a lesson. Bhai Sahib’s personality was of a cheerful, welcoming person, he was always seen doing sewa and if not sewa then he would be doing simran. Bhai Sahib never spoke to anyone in a rude manner instead treated everyone with love.

Bhai Sahib was a strict follower of Sarbloh rehat maryada, he would wake up at amritvela, have a bath and wash his hair then do the full nitnem followed by Sukhmani Sahib. Then Bhai Sahib would go to the local gurudwara and do sewa there then he would do anything else. Bhai Sahib was strongly against drugs and alcohol, Bhai Sahib never attended wedding parties, birthday Parties or any sort of party.

Bhai Sahib was worried about the Khadku Singhs that were taking drugs and cutting their hair. Along with Bhai Hardeep Singh Rimpy, Bhai Sohan Singh Sheikhapura and Dr Darspreet Singh Rumy, Bhai Sahib started doing preached against the drugs and the cutting of hair. Bhai Sahib said, “Sikh warriors like Shaheed Bhai Taru Singh have died but not cut their hair. Today the people that call themselves a Singh and cut their hair, can they answer my question, to which guru they belong to? Guru Gobind Singh Ji has made it clear, that Guru Ji will only give darshan to a Khalsa. These Khadkus that cut their hair are not Khalsa, instead they are sheep.” Bhai Sahib preached on becoming a full Sikh and following the rehat maryada. Bhai Sahib preached Sikhi in his area to the fullest and also gave out free books on Gurmat. Bhai Sahib stopped the anti-gurmat ideologies at local gurudwaras and smagams, Bhai Sahib was always seen reciting bani and encouraging others to take amrit of Guru Gobind Singh Ji.

Soon after Bhai Sahib’s shahadat, Bhai Amarpreet Singh was also killed by the police in June 1992. 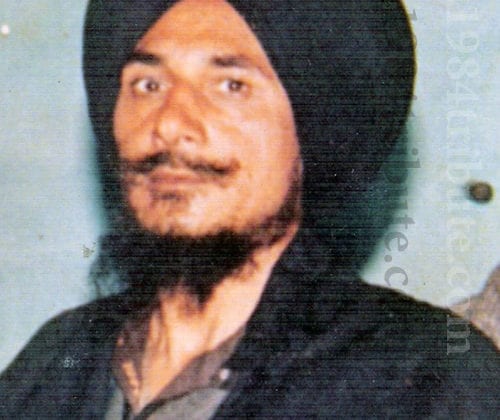